Common Problems With The Audi RS3

Those who own an Audi A3 know it’s one of the finest cars on the road. The R53 will give you an exceptional driving experience due to its amazing engine.

The 2.5L 5-cylinder engine is an Audi R8 engine cut in half which is why it sounds so smooth in comparison to the A45 AMG. The A3 was never considered the most dependable car from Audi but like most German premium cars, it will always be reliable when you keep up with regular maintenance.

The Audi S3 is considered an entry-level A3 while the RS3 is on the top of the list for A3 models. The S3 comes with a 2.0L turbo 4-cylinder while the RS3 has a 2.5L turbo 5-cylinder engine.

All said, the RS3 does have its own set of faults. The most common problems are related to the fuel pump and electronic issues with the top mounts and the MAF sensor. Most of the issues with the RS3 can be corrected with timely and complete maintenance before any issues arise.

The RS3 is a compact Audi offering several luxury amenities and an exceptional performing engine. Most owners believe the RSE is a lot of fun to drive and they really like its superior reliability. 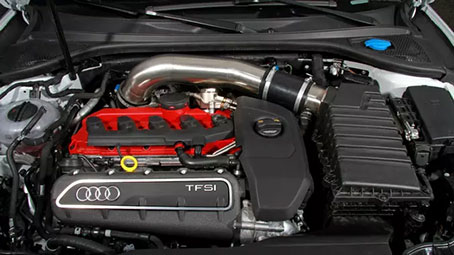 Reports online have said that owners have experienced times when the 5-cylinder turbocharged engine would cut off for absolutely no reason and usually happened when idling. Some other owners have reported that the engine has cut off when driving which is a very serious problem.

There have been several other reports online stating the RS3’s engine will go through oil very quickly especially when the owner has driven for an extended number of miles. The 2.5L is not an engine that owners consider unreliable but there are not enough R53 models on the road to make a good evaluation regarding its overall reliability. There is no doubt, that this engine must be maintained regularly or several disastrous issues could arise.

Problems With The Fuel Pump 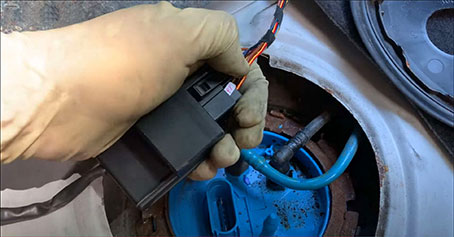 Both the RS3 and S3 have their fair share of problems with the fuel pump. The system will either stop providing fuel or will cut off fuel going to the engine every now and then. Issues like this can put a great deal of stress on the camshaft which is why it’s so important to have these problems addressed as quickly as possible.

Owners of the Audi RS3 have reported that the car’s warning light will come on with the message “low fuel pressure”. It seems the problem is usually down the fuel control module which should be changed whenever issues start to surface. A faulty fuel pump can be dangerous as it can be the leading reason why some RS3 models lose power while the owner is driving it!

The Audi RS3 is prone to certain electrical issues similar to the Audi A3. These issues include a faulty infotainment system that can freeze without any reason whatsoever. Another problem, the power window regulators have plastic clips and hooks that have been known to break every now and then.

Also, there have always been problems with the backup camera or exterior lighting to date. These issues are not surprising as many premium German cars have electrical issues that are complicated and packed with many high-end electrical features. 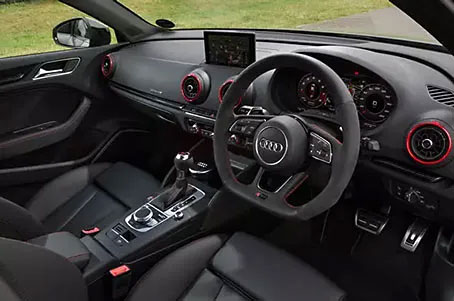 There have been no reports of Audi issuing a recall for this part as it does not present a threat to safety and because there are far too many VAG cars having the same problem.

The Mass Airflow or MAF sensor is responsible for the level of air that should join the combustion process in order for the engine to provide optimal power. The sensor is a known problem with many VAG cars and can be taken care of in 2 different ways.

One, try to clean the entire MAF which often solves the problem. Two, if that does not work, have the sensor replaced.

If you are having issues with your Audi RS3 you can get your vehicle checked and the issue diagnosed and resolved by booking online today.