Common Problems With The Skoda Octavia

Skoda vehicles are very popular and are known for long-lasting a long time in the industry. These vehicles are very popular in Europe and Asia and are considered notable among the masses. One, in particular, is the Skoda Octavia sedan. This model surfaced in 1996 and quickly climbed the ladder in popularity and has become a favourite among buyers. The Skoda Octavia is now in its fourth generation and there are absolutely no plans for that ending anytime soon.

One of the leading reasons for Skoda’s popularity, they are built to last. That said, like all machines, they are prone to failure. These vehicles are mass-produced and therefore will have issues from time to time. If you are the owner of an Octavia, you should be aware of some issues to watch out for.

According to many experts, the Skoda Octavia changed the reputation that the Octavia was poorly manufactured being a cousin to American and Japanese makers. Since then, this car has built an enormous name as a high-quality contender in the Western markets. 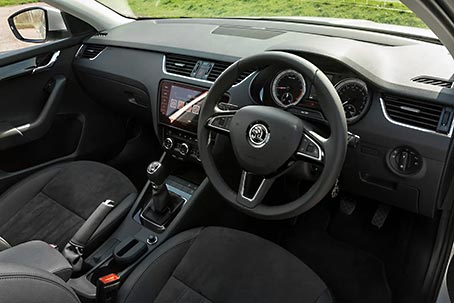 This vehicle has the reputation of being a workhorse. You will find many of these used cars up for sale even with many miles on the clock.

The Skoda Octavia is known for having turbocharger issues. The age for developing issues ranges from 2002 to 2013. For some reason, there is no clear reason why they are not lasting as long as they should. It seems one of the leading problems is a loss of power when accelerating and the engine falling into a limp mode. In some cases, the turbo could write the car off as a serious issue.

Keep in mind, the engine in the Skoda Octavia is built to be pushed to a high level of performance from time to time. Failure to do so can lead to a blockage in the diesel particulate filter (DPF). If this happens you must clean it as soon as possible. Lights on the dashboard may indicate an issue and the resolution can sometimes be corrected by driving on an open road in fourth gear for 10 to 15 minutes.

Leaks In The Car

If you find leaks, check the car for any water damage. There are several known issues with drainage throughout the car. One of the leading problems, the seals in the boot of the car will allow water to leak through during heavy rain. Also, draining water in the front section of the vehicle under the bottom of the windscreen can become blocked and cause substantial water damage to the front interior.

There have been many reports of moisture getting into the headlamp units. This can lead to the parts shortening out too soon or water on the lenses is causing issues with effective diffraction. A visual inspection could verify if this is becoming a problem for you. 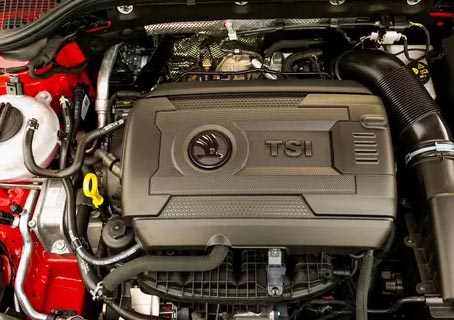 Some Skoda Octavia owners have said the driveshaft rattles when driving at lower speeds. This often happens when the driveshaft starts failing and should be replaced. This is not a huge issue as it’s quite common in a Skoda Octavia. Simply order a replacement part and get rid of the rattling sound quickly.

This is one of the worst recalls issued on this car. The dual mass flywheel has been known to come apart causing massive failure within the engine.

The Skoda Octavia is a well-known Volkswagen DSG. Over time, the gearbox is known to have issues shifting in between gears leading to a chunky feel when accelerating or decelerating. This is caused by problems occurring in both the gearbox and the Mechatronic control system. You can test it by taking it on an extensive test drive and taking it up to the full legal speed limit on a dual carriageway or motorway.

Older Skoda Octavia cars have problems with the rear wheels that can lead to uneven tyre wear. This can be a problem when you have to change both at the same time and if one wears out before the other. You could end up throwing out a perfectly good tyre. This can be a problem during the winter months or very wet weather conditions. Not to worry, it can be easily rectified.

You might experience a loss of power for a number of reasons such as damage to the fuel pump. You can also have issues with the forced induction pressure sensor or a faulty turbocharger. Owners have reported that a damaged turbocharger led to acceleration issues, especially when on the highway at high speeds. In some cases, you cannot fix the problem yourself, you will need professional help. If you have the money but not a lot of time, you can get a new turbocharger to correct the problem. 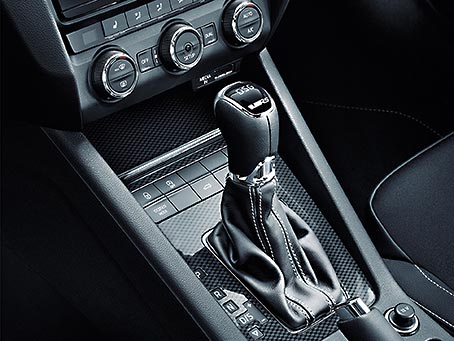 There are a number of issues related to the DSG gearbox. Some issues include odd noises and juddering problems. This is common among VW’s, SEAT’s, and Skoda’s as well as other brands that use the same gearbox. The reasons and issues are actually complex regarding the gearbox so it’s important to check the car thoroughly and opt for a newer automatic model. Over the years, the problem has been addressed and rectified.

With more complex systems, your car’s functioning ensures you have a smooth drive every day. When one of these components fails, you can get many issues that will need to be fixed. One common issue is an EGR valve malfunction. Exhaust Gas Recirculation (EGR) is a very important part of newer cars and should be kept in top condition all the time. The EGR valve controls emissions including all the combustion by-products going through it and clogging it up. Carbon build-up must be cleaned regularly if you want an uninterrupted power supply.

You can take care of this issue by adding a fuel system cleaner to your tank. These products are designed to wipe away carbon in the entire system from the tank to the exhaust valve. All said it’s better to trust a mechanic with the right skills vs a DIY operation. The last thing you need is to mess up the EGR valve and need to replace it.

If you are having issues with your Skoda Octavia you can get your vehicle checked and the issue diagnosed and resolved by booking online today.