Common Problems With the Volkswagen Golf

The Volkswagen Golf was first introduced in May 1974. Since that time it has become a firm favourite around the world passing through many variations and improvements and it has gone on to win numerous awards over the years never loosing it’s popularity. If anything the Volkswagen Golf is more popular now than ever.

However, like most cars, common issues have surfaced over the years.

Rattling Sounds From The Engine 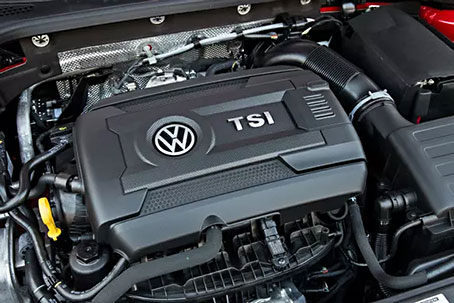 A rattling sound can be heard from the engine when started. It often disappears after a few miles but can resurface at various intervals. The VW Golf is well-known for issues with its camshaft-driven high-pressure fuel pump. You should replace the pump every 20K miles even if you have never heard the rattling sound.

There could be problems with your ignition coil packs. In most cases, they tend to break in clusters so you will have to check them all for damage.

Your Car Is In Limp Mode

There are several reasons why your car might fall into limp mode. More than likely, it’s the water pump, An initial diagnosis will usually indicate the water pump is at fault because of the connection between the water pump and the supercharger.

In most situations, you will have to replace the entire gearbox. This is a common issue with VW Golfs, especially the earlier models. Before going down that road, check the timing chain. There is a chance it might have snapped.

If you are having problems locking your boot, this is actually quite common.

Try spraying WD40 in the lock to fix the problem. Try resetting the remote if that doesn’t work. You will find the instructions in your owner’s handbook.

If you drive over bumps or rough terrains, you might hear a squeaking or rattling sound coming from the front suspension. You probably have an issue with the anti-roll bar bushes. The bushes are actually easy to replace and it’s a common problem with these cars.

If you have to apply a great deal of pressure to your brake pedal for engagement, chances are your brake servo pipe is cracked and leaking brake fluid.

This can be a serious problem if left unattended. A hot ABS unit was common in Golfs built between 1997 and 2004. This problem came from an electrical fault in the ABS control unit which can cause a fire.

Grinding Sounds From The Rear

Some Golfs built between 1997 and 2004 had faulty rear axles. The sound is caused by moisture entering the ball joints. The joints will start to corrode and seize up. You will have to replace the entire rear axle.

If your engine is running roughly when driving or there is a problem when the engine is idling, it’s usually caused by the ignition coil pack. 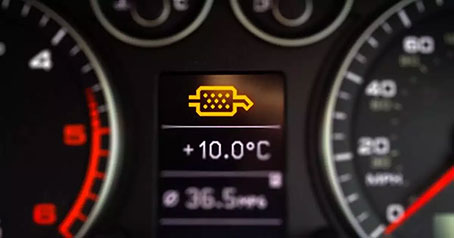 If your DPF warning light comes on you probably have a problem with the DPF Filter. This part controls the emissions from the exhaust but if you are only driving short distances, it will not build up enough heat to burn off the particulates.

Try driving 2500rpm on a motorway or A-road for approximately 15 minutes to build up enough heat to clear the particulates from the filter. This will turn off the light. If not, you will have to replace the DPF.

If you continually see water on the floor at the footwells, this is caused by leaks in the doors. These cars are known for having a build-up of water trapped inside the door which you can often hear when you open and close the door. The draining on these cars is very poor causing water build-up. You will need to find the area where water is building up and dry it out to solve the problem.

If you are constantly fighting to get into fifth gear, you might just be running low on gearbox oil so check your level first. If you have plenty of oil, then chances are the problem is caused by faulty or broken gear linkage or gear cables. 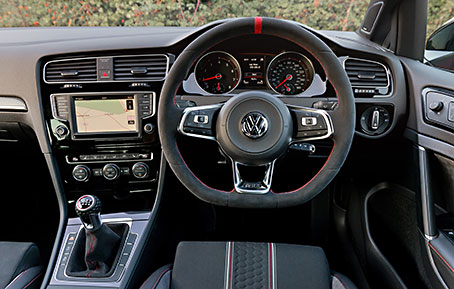 If you are having issues with your Volkswagen Golf you can get your vehicle checked and the issue diagnosed and resolved by booking online today.