Ford laid the foundation for the modern car back in the day. Back then vehicles looked more like buggies with engines, but it was Ford that introduced the Model T and it changed the industry forever. Of course the company is still around and producing exciting vehicles from saloons to SUVs, trucks and crossovers. It is the brand’s utmost commitment to providing dependable passenger cars that have earned them a high status in the automotive world. 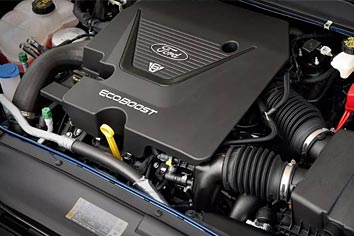 The Ford motor company was founded in 1903 by Henry Ford, who was looking to revolutionise the American automotive industry. He succeeded not long after with the Model T. This car was the first to be mass-produced. And thanks to Ford’s revolutionary methods, the company was able to capture the world’s market with just one car.

At one time Ford was making 1/3rd of the world’s cars. The Model T sold like hotcakes on a Sunday fair. The car simply had no parallel and that allowed Ford to cash in on the opportunity. The company grew to mammoth proportions over a short period. Currently, it is one of the biggest automotive brands in the world alongside Toyota and Volkswagen.

Ford vehicles are known for their powerful engines and their durability in tough terrains. One of their most popular vehicles is the F-150 truck. The Ford pickup was released in 1948 and it is still in production today. Over the years, several spin-off models have been created like the F-250 and the F-350. But the essence of all these trucks has remained the same.

The F-150 is a durable and immensely powerful pickup truck, which is, without doubt, an American favourite. The truck is the best-selling vehicle in the U.S. The F-150 sales figures are well above any car, SUV, or crossover. Even the world’s best-selling saloon, the Toyota Corolla falls short in comparison to the heavy-duty truck.

Ford does not intend to ever discontinue the F-150. Instead, the brand is offering new versions like the performance-oriented Raptor or the environment-friendly F-150 electric.

Another famous model is the Ford Fusion. The sedan is a favourite of many because it is the perfect family sedan. It’s spacious, powerful, and lightweight. However, Ford still uses it at NASCAR and other motor sport competitions as a racing car. The car has won several NASCAR titles, with I’m sure many more to come in the future.

The Ford Focus is another honourable mention. A small car that has ruled the rally scene for years. Ford and its hatchback have had constant successes in the rally world, winning the WRC Rally constructor’s title twice.

The American company does not shy away from competing at any level. They are stepping into the electric vehicle scene just like they did not get afraid of the crossover revolution. Ford makes every kind of vehicle. You can find SUVs, sports cars, saloons, crossovers and more.

Ford vehicles are generally very durable but mechanical parts can develop issues. These problems need to be solved before they get worse. However, they can also be prevented if you take regular care of your vehicle with regular servicing. If you are complacent with routine maintenance, your car will break down sooner rather than later.

Regular checkups are a must, like oil changes and tyre inspection. But every car is different, so you have to be specific when it comes to maintenance. The car’s user manual is a great place to start. It tells you all you need to know to keep your Ford running healthy for a long time.

Cars aren’t immune from breaking down. They are prone to problems and failure like every other machine. You should not expect to buy a vehicle and drive it for years without getting any issues. However, you should also be aware of the most common problems your car can face, so if and when that issue arises, you have the right solution. Furthermore, you would be able to spot the problem before it gets worse. So, it’s a win-win situation for you.

A highly common issue is gasket failure. Gaskets play an important role in ensuring your vehicle runs smoothly all the time. They are used to block different materials from mixing, like an engine with the coolant. If the gasket fails, which is pretty common in a Ford, you will have to get it replaced by a mechanic. It is not a DIY job, so don’t even try.

Moreover, a Ford vehicle can develop transmission issues with age. The gearbox takes a lot of abuse, especially if you have a truck that hauls and carries weight, or if you drive a lot in challenging terrain. Ford vehicles also have gear slippage issues, which can be solved by visiting a mechanic.

Furthermore, faults like ignition coil failure, coolant leak, and overheating are common in a Ford car.

If your Ford is due its annual service soon or you believe the vehicle is in need of repair or maintanance we can help. Contact Lowton Motor Company on 01925 320468 to get helpful and knowledable advice and a quote for a service, repair or maintenance. We offer very competitive rates, with over 25 years of experience Lowton Motor Company Birchwood can provide the low cost and reliable care your vehicle needs.

Get in touch through our online booking form below to arrange a service, repair or MOT for your Ford today! 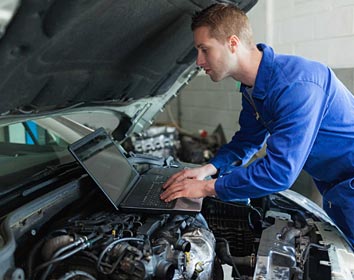