Jaguar is one of Britain’s legendary automotive brands. It has a reputation for producing durable luxury sports cars that not only look good but drive incredibly well. The British company does not enjoy the same level of popularity in the modern world as it did years ago. It was the talk of the town in days gone by, with models like the XK150 and the XK140. These vehicles were and still are some of the most sought-after vehicles in the world. 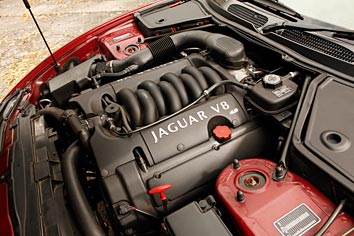 Jaguar had a very humble beginning as a car marque. The brand started its operations in 1922 as the Swallow Sidecar Company. As the name suggests, they made motorcycle sidecars. However, soon after their operations shifted to making bodies for passenger vehicles. And in a short span, they were making entire cars. Coincidentally, a lot of models were name Jaguar. The brand saw the name rising in popularity and so they renamed their company Jaguar Cars in 1945.

The British brand holds a high status in the country as well as abroad. They have made a vehicle for the British Prime Minister and they also hold royal warrants from Queen Elizabeth II and Prince Charles. If the government and royalty trust them, it is no surprise that the general public supports them as well.

The company has always made exciting vehicles that are fun to drive. Yes, their classic cars are a bit more popular but some of their modern vehicles also deserve praise, such as the Jaguar XJ and XF. Jaguar’s run doesn’t end there, they are well aware of modern trends and acquiescing to them they have made an electric SUV. The I-Pace, as it is called, is a modern luxury fully-electric SUV that delivers the same relentless performance as every other Jaguar.

The luxury aspect of a Jaguar is often misjudged. The cars deserve much praise for their engineering and comfort. It is Jaguar’s commitment to providing the best that has brought the brand to a place where other luxury brands like Rolls Royce and Bentley have had to make a run for their money.

Initially, Jaguar focused on luxury sedans and convertibles. These vehicles had massive engines and a leisurely drive but the company always wanted to deliver a bit extra and that is when they decided to shift towards the sports car market. The XK120 is an example, which earned the title of being the fastest car in the world in 1949. Jaguar lost the title soon after but gained it back again, albeit after a long time, in 1992 with the XJ220.

Soon, the brand separated sports cars from luxury vehicles. In 1995, the company started making “R” vehicles, which were performance-based. The Jaguar R cars compete against the likes of Mercedes-AMG, BMW M, and Audi RS. So, you can imagine the seriousness Jaguar had concerning the new range of vehicles.

Some of their famous R models include the Jaguar F-Type R, the XFR-S, and the XJR575. The company has no plans to stop anytime soon and it wouldn’t be a surprise if we saw a new electric-powered sports car from Jaguar some time in the near future. 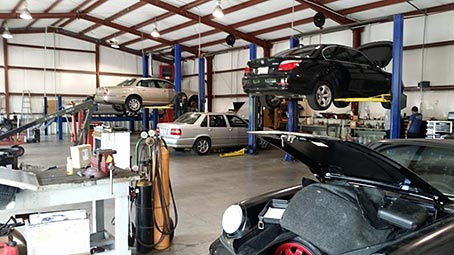 Luxury vehicles are generally so well made that they don’t randomly break down. It is only if you are lazy with routine maintenance that a problem arises. Jaguar is no exception. The British auto manufacturer is so precise and perfect with production that their vehicles last a lifetime.

You can still find classic Jaguars from the 1940s running in tip-top shape. It’s as if these vehicles are in their prime! However, such a feat is only possible if you are serious about regular maintenance. If you change the engine oil, replace the coolant, inspect the tyres and put quality fuel in your Jaguar, you will never face a problem.

A car is a machine at the end of the day and that means it can malfunction. For a Jaguar the most common issue is related to the automatic transmission. Many Jaguars are known for gearbox failure, especially those made between 2000 and 2006. The transmission fails after crossing the 100,000-mile mark. It has to be replaced depending on the extent of the damage.

Moreover, the ignition coil can fail quite frequently as well. The Check Engine Light is illuminated when this happens.

Engine problems are also common in a Jaguar, especially if you have one with a V8. The timing chain tensioner issue has been reported by many owners. You can hear a clunk while idling or accelerating. Furthermore, the Jaguar’s coolant can also leak, according to many owners. The coolant reservoir fails the majority of times, leading to higher engine temperatures.

A Jaguar is also known to have brake issues. The brakes squeal or create a creaking sound when applied. Such issues can be solved by getting a brake service. But if you prolong the repair, the discs can get damaged, and then you might have to get a replacement.

If your Jaguar is due its annual service soon or you believe the vehicle is in need of repair or maintanance we can help. Contact Lowton Motor Company on 01925 320468 to get helpful and knowledable advice and a quote for a service, repair or maintenance. We offer very competitive rates, with over 25 years of experience Lowton Motor Company Birchwood can provide the low cost and reliable care your vehicle needs.

Get in touch through our online booking form below to arrange a service, repair or MOT for your Jaguar today! 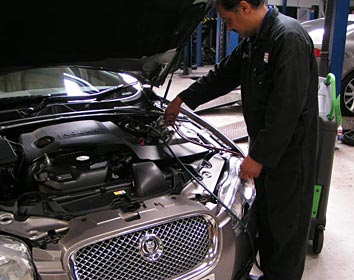