The Porsche brand started its operations back in 1931 under the guidance and leadership of Ferdinand Porsche. The automotive company had its headquarters in Stuttgart, Germany where it is still located today. Interestingly, Porsche did not make cars right off the bat. They were instead focused on motor vehicle development and consultation. 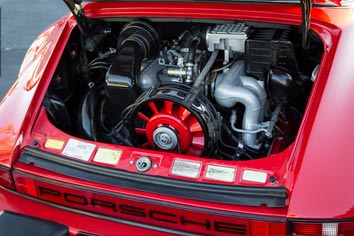 One of their first projects was given to them by the German government. It was to design a cheap and reliable car for the German people. The folks over at Porsche worked hard and crafted the Volkswagen Beetle ? an iconic car that is more than just a legend in the automotive world.

The Beetle’s success led Porsche over the edge. and they began production of the first car under the Porsche moniker. The result was Project 64, a car that was based heavily on the Beetle’s design. But the Second World War marred all the progress Porsche made as an automotive brand.

Porsche rose once again after the World War and continued where they left off and started manufacturing more vehicles. It wasn’t long before the next Porsche came out. The 356 was designed and built from scratch, and it became the first original car to come out of the factory.

The Porsche 356 was a raging success and it conquered the motorsport scene pretty quickly. Many racecar drivers and teams were interested in the 356 and used it in various competitions. Ferry Porsche wanted to make cars that were fast and competitive and he achieved just that with the 356. In 1951, the 356 won the Le Mans trophy, which was a big deal at that time and that catapulted the 356 into the books of fame. The Porsche 356 is still seen as one of the greatest cars to ever come out of Porsche.

The German brand always focused on motorsport excellence and achieving more in that sector. They were hardly inclined towards luxury, which is why some of the earlier Porsches were not very comfortable to drive. However, the brand soon changed its philosophy and adopted sports luxury as its motto.

The Porsche 911 is a testament to the brand’s forward-thinking and expertise in making the best sports car. The 911 needs no introduction, as this vehicle is a living legend. It was first introduced in 1963, and it still in production today. The 911 is the brand’s crown jewel, which means it is irreplaceable.

No other Porsche vehicle comes close to the achievements of the 911. The car was lightning quick, powered by a rear-positioned engine. The boxer engine developed by the company showed its true colours in the Porsche and other similar models. The coupe was difficult to beat in any motorsport competition it took part in, be it the Le Mans or something else.

Moving on from tradition, Porsche also introduced an SUV a few years ago. The Porsche Cayenne is a famous model because it is unique. In other words, the Cayenne is vastly different from the brand’s usual models. Nowadays, the Cayenne is a hot-selling vehicle that is available in dealerships worldwide.

Other than the vehicles mentioned above, Porsche has several other well-known models like the Porsche Taycan, the Porsche 912, and the Porsche Panamera. All of the cars are nothing short of excellent. 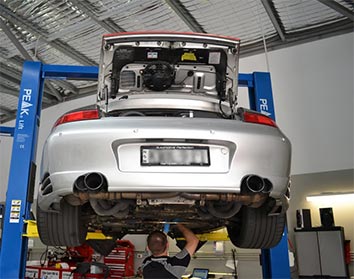 When it comes to maintenance, a Porsche is no different from any other car. You have to be vigilant and maintain a regular maintenance schedule to keep your vehicle in top shape. If you fail to do so, your car will develop faults, and several components will start to malfunction.

The good thing is that Porsche’s are reliable vehicles, and they hardly break down. The company focuses on making performance vehicles that can last a lifetime if taken care of properly. Therefore, keep track of oil changes, inspect the tires regularly and replace old components with new ones whenever they give up on you. If you do not delay issues and take care of them at the right time, your Porsche will not give you any trouble.

Although a Porsche hardly requires any fixing, you should still live with the notion that a machine will malfunction sooner or later. When that time comes, you should rush to the mechanic and get the issue fixed. However, to do that, you must be able to identify the common problems in a Porsche.

Many users report that a Porsche can develop coolant issues. The coolant leaks through a tricky area which is not easy to spot. You can’t even use the traditional way of checking for leaking fluid underneath your vehicle. That’s because this issue happens in an area which is above the engine and hence there is not dripping. If you see your car overheating, and the coolant has magically vanished, then you should get the coolant delivery pipes checked by a professional.

Excessive exhaust smoke is also commonly found in a Porsche. However, it does not usually mean something bad. Instead, it could mean that your mechanic has put more oil into the system than required. There is a certain way you should pour engine oil into a Porsche engine. If that is not followed, the excess lubricant can leak into the combustion chamber and cause smoke to develop. So, make sure you are going to a trained professional.

If your Porsche is due its annual service soon or you believe the vehicle is in need of repair or maintanance we can help. Contact Lowton Motor Company on 01925 320468 to get helpful and knowledgable advice and a quote for a service, repair or maintenance. We offer very competitive rates, with over 25 years of experience Lowton Motor Company Birchwood can provide the low cost and reliable care your vehicle needs.

Get in touch through our online booking form below to arrange a service, repair or MOT for your Porsche today! 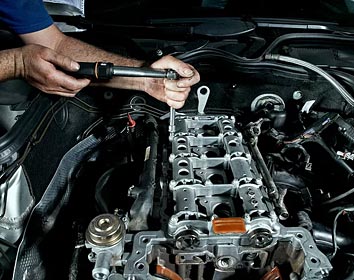