Reasons Why Your Engine Misfires

When the combustion breaks down, it causes the engine to misfire. Let’s look at the reasons:

Misfiring is a lot more common with newer engines. If you think your engine is misfiring, it’s not an easy thing to investigate especially if you do not know where to start or what you should be looking for.

We will go over some reasons that might be causing the problem. To begin with, you need to know what signs you should keep an eye out for.

Here is a list of some reasons why the engine misfires: 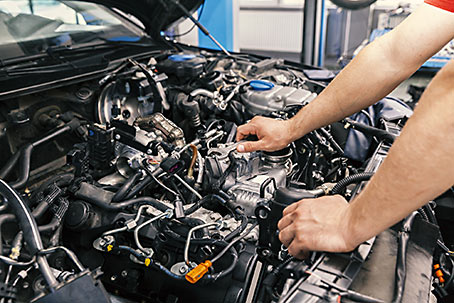 It’s possible you might experience a strong or light jerking coming from the engine. Misfiring often happens under load from the engine such as when you are accelerating but the most common causes are when in high gear, low RPM, or the accelerator is pushed to the floor which is referred to as a rough acceleration.

In some cases, when idling, the engine will misfire caused by the engine sensors that have received a defective value and the air-fuel mixture is not right. These issues can cause an uneven idle which will jump up and down leading to a rough idle. In other cases, the engine could literally shut off.

Keep in mind, that your engine is most vulnerable when there are small air-fuel mixture issues while idling. This is probably the first place you should investigate.

During manufacturing, the engine is balanced and has balanced axles but there are some techniques to keep the vibrations as minimal as possible.

When one or more cylinders are not firing properly the engine will become unbalanced. This can lead to heavy vibrations inside the cabin when you accelerate or when idling. 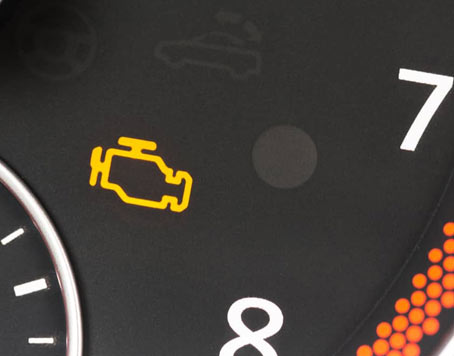 Newer cars have improved monitoring devices for different sensors on the engine. If a sensor fails or picks up a signal that something is wrong with the engine, it will send this information to the engine control unit.

When misfiring, the O2 sensors will receive incorrect information and generate a mixture that is either too rich or overly diluted. A rich or diluted mixture will lower the acceleration making your car seem weak.

Even if you do not know much about cars, you probably can tell the different sounds coming from different engines. For instance, a V8 engine has a totally different sound from a four-cylinder engine.

If a four-cylinder engine is misfiring it will sound like it’s running on 3-cylinders. If the sound is quite intense, it’s probably misfiring on all four cylinders.

Why An Engine Misfires

The first reason why your car misfires is a bad ignition coil or bad spark plug. Another reason could be fuel-related such as a poor fuel injector or fuel pump. In some very rare cases, it could be a low engine compression.

The following list consists of the most common reasons for an engine misfiring, starting with the most likely reasons.

In older cars, there is a distributor and sometimes an ignition coil. If you have separate spark plugs, unplug each one and see if you can find a cylinder that is not responding.

This is the most common reason for misfiring. The spark plugs fire up the cylinders and they can become worn out. In general, spark plugs are very cheap and very easy to replace.

When it comes to spark plugs, intake leaks near the cylinder heads are quite common. This usually is a problem found in older cars without steel gaskets for the intake.

If you have an older car, check for leaks. If you have a newer car, it’s probably worth it to check for other signs of leaks around the intake manifold gasket or the intake. Also, check for broken vacuum hoses.

If you have trouble codes for misfires on all cylinders, you should check out your fuel pressure.

A defective fuel injector can cause your engine to misfire and can be somewhat difficult to diagnose without flow testing.

Injector problems are not common in newer cars. You should check out other possible issues first, then check the injector if you need to.

6 – Damage inside the engine or low compression

If you have checked everything out but feel there is a chance your engine has low compression or other issues inside.

A defective timing belt adjustment could cause low compression leading to misfiring. If you know the timing belt has recently been replaced, check with the technician who installed it and have it checked.

Should you have an incorrect air-fuel mixture, it can also lead to misfiring. Many different sensors can cause a poor air-fuel mixture in your car such as the MAF sensor, O2 sensor, coolant temperature sensor, or other issues.

What Is A Misfire? 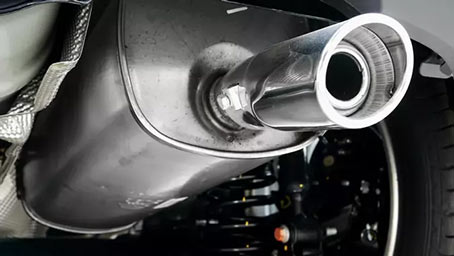 While the crankshaft is spinning, the piston is pushed down. The engine is working in four steps which is why the engine is referred to as a four-stroke engine.

How Does It Work?

That’s how a four-stroke engine operates that is found in most newer car engines.

A misfire takes place when one or more of the stages are wrong or missing the following:

Once you know all of the above information and understand what does and what doesn’t work, it will make it easier to find the problem that is causing a misfire. In general, there is not a lot to learn because there are not a lot of things that will cause your car to misfire.

When you start diagnosing your car, you will start to understand that it’s not always as easy as you might think to find what is causing the misfiring problem.

If you are having issues with your vehicle and you believe it could be misfiring you can get your vehicle checked and the issue diagnosed and resolved by booking online today.