What’s Going On When the Reduced Power Warning Comes On?

We all love it when our cars perform the way they are supposed to but when something goes wrong, it’s like the world is crashing in around us. It can be very stressful seeing the Reduced Engine Power Warning light flicker on the dashboard and you have no idea what that means.

We will cover what’s going on when the reduced engine power warning comes on and what causes this to happen.

If the Engine Power Reduced warning comes on, the performance of your vehicle is limited. The PCM detects a system failure and will send an alarm to illuminate on your dashboard. In combination with the warning light, the engine is probably not performing properly.

Reduced power will prevent your vehicle from shifting and stop you from accelerating. In some cases, the PCM will prevent fuel from flowing to the engine meaning your car will not operate.

Reduced power is often called the fail-safe mode or also known as the limp mode because the warning will give you time to drive home or to your destination without causing damage to the transmission or engine. 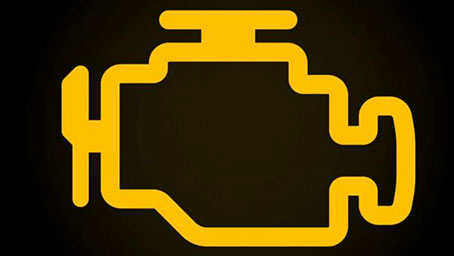 One reason for the reduced engine power warning can be dysfunctional engine sensors such as a bad oxygen sensor, MAF sensor, or a faulty throttle body. In other cases, it could be a loose connection to any of the mentioned sensors or a clogged catalytic converter. Also, there are many other reasons causing this issue. You might think you should just replace parts that you think may be causing the problem.

Instead, you should check the fault codes with an OBD2 scanner. When you get a message, there is always a trouble code stored in the system. This will save you a great deal of time and money instead of just randomly replacing good parts.

Below are several reasons as to what is causing the reduced engine power warning to come on:

For the record, every single major component in your vehicle is connected by wires. If there is a short in the electrical system or a wire is damaged, the engine could go into a fail-safe mode. Other reasons could be a loose clamp or a ground wire that is not correctly secured.

Although a loose wire is easy to repair, it’s not always easy to find. You will have to perform a thorough inspection of the systems to find the problem.

Oxygen sensors are in place to measure how much oxygen is leaving the system through the exhaust. If there is too much or too little oxygen leaving, the ECU is going to adjust the air-fuel ratio to balance out the performance.

A faulty sensor can send wrong information back to the computer causing you to adjust things that should be left alone. You could cause an imbalance in the air-fuel mixture which can cause poor performance and lead to engine issues as well as set off the Reduced Engine Power Warning.

The throttle body houses several parts that could become dysfunctional. The butterfly valve lets air into the engine. If the valve is damaged, the right amount of air will not enter the system.

Carbon can build up around the valve causing issues with the operation. When the engine cannot get enough air, it will misfire and sputter while setting off the warning light on the dashboard.

Nearby the butterfly valve is the throttle position sensor that must work properly to allow the free flow of air. This sensor reads the position of the accelerator pedal, communicating to the computer to open the butterfly valve. If the sensor is bad, the valve will not get the correct data, causing the air to be limited.

The ECU, or Engine Control Unit, is the brain of the entire operation. All the sensors will communicate what is going on with the ECU therefore correct adjustments must be made. If the air-fuel mixture is not correct, the ECU will alter what is going on for better performance.

When the ECU starts to fail, any number of problems can occur. You might notice poor performance when the engine compensates for the problems that may or may not be happening. 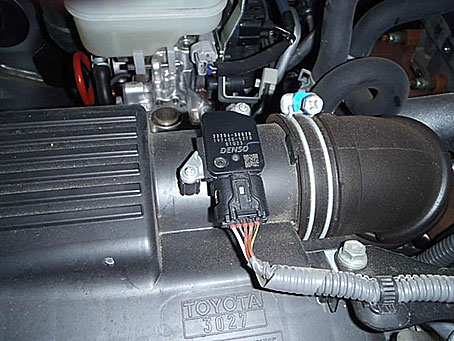 The mass airflow sensor sits between the intake manifold and the engine air filter. This sensor measures the pressure and density of the air that comes into the engine.

When the measurements are performed, the information is sent to the ECU in order to provide the right fuel ratio If the MAF sensor fails, the wrong data will be sent which can create issues with the ratios and will make the warning lights switch on.

When this happens, the car will fail the emissions test and you will experience various engine performance problems. The Reduced Engine Power Warning may not illuminate but you can expect the Check Engine Light to come on.

There are many people who don’t think the reduction in your engine’s power is linked to the transmission, but these two systems are interwoven. If nothing else is at fault, it’s time to take a closer look at the transmission.

Using the engine code scanner will help you find out where the problem is. The OBDII scanner will read any error codes and tell you what systems might be at fault. 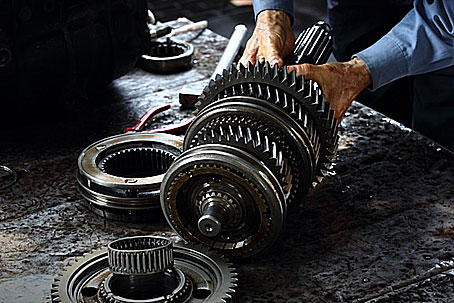 In a perfect situation, it might be a loose connection that would not cost you anything to fix. On the other hand, if you have to replace the catalytic converter or the ECU, this could be very expensive to repair.

Please Note – You should never drive your car with the Reduced Engine Power Warning light on. If the Limp Mode has been activated, you must immediately drive to a safe location and turn it off. Turn on the hazard lights to signal other drivers you are having mechanical issues.

If you still have quite a few miles to drive, it’s highly recommended you have the vehicle towed. The last thing you need is to be stranded on the side of the road due to a lack of power.

If you are having issues with your vehicle and the Reduced Power Warning light is lit you can get your vehicle checked and the issue diagnosed and resolved by booking online today.

For further information on our services you can browse the site or get in touch with us by calling 019253 30468 or alternatively, you can email us directly at service@lowtonmotorcompany.co.uk. At Lowton Motor Company we service all vehicles produced by all the top manufacturers from the a Kia to a Porsche and everything in between. Our experienced technicians have access to and traning with all the latest technology. You can be sure your vehicle is in safe hands whether it’s in for a repair, a service or just the annual MOT.